The Macha region is located in the southwestern part of the Liberec region, with its southern edge, which is the Kokořín region, extends into the Central Bohemian region. In 1961, a tourist guide called Macha's Region was published. Its author, František Patočka, first designated the 1813 km2 area as the Macha Area and defined its boundaries. In the east it reaches to Český Dub, then along the Jizera river through Mnichovo Hradiště, Bakov nad Jizerou, Mladá Boleslav to Krnsko. The southern border is Kokořínsko, the southwestern border is formed by the river Liběchovka from Liběchov to Zakšín, the west is bordered by Úštěk and Verneřice. The northern border leads through the valley of the river Ploučnice to Osečná. The heart of the Macha region are Doksy with Macha Lake, and Dubá, which is the starting point for the amazing landscape of Dub Switzerland and Kokořínsko. The Gothic royal castle Bezděz in the east, together with the ruins of Starý Berštejn in the west, Houska chateau in the south and Ralsko in the north, form an inseparable dominant feature of the Mácha region. Here you will find rocky canyons, viewpoints, water areas, river bends, romantic villages or breathtaking castle silhouettes. It is no wonder that this region captivated the poetic soul of Karel Hynek Mácha.

This traditional recreational area is sought after and frequently visited. There is an inexhaustible number of tourist destinations, routes and opportunities to enjoy active holidays and cultural events. There are many cycling and hiking trails, historical and cultural monuments, the beauty of nature, opportunities for sports and relaxation.

The village of Tachov lies at an altitude of 333 meters above sea level at the foot of Tachov Hill about 3 km southwest of Doks. The origin can probably be traced back to the 14th century, as the oldest report dates from 1392 and names Hanuš and Martin, sons of Matěj from Tachov. In 1460, Tachov fell under the Dock town law. The village was mentioned in the provincial plates in 1553, and at that time it belonged to the so-called Bezděž goods. However, there were also free courts of Kašpar Plotn from Jansfeld in Tachov and Martin from Tachov. He bought the pledged royal goods from Emperor Rudolf II in the 16th century. Jan of Vartenberk and during his reign the estate underwent considerable growth. After the Battle of White Mountain, Albrecht of Wallenstein bought the confiscated property, and after his death in Cheb in 1634, Doksy and the surrounding villages fell to the Irish Colonel Buttler. In 1638, Christopher of Heisenstein acquired them. From 1680 until 1945, the Bezdez estate was in the hands of the Wallensteins. In 1784, a one-class school was opened in the village together with the school library, and in 1793 the construction of a baroque chapel began, which was completed and consecrated in 1794. Tachov has always been an agricultural village, the so-called "Dub green hops" were grown here. Until the beginning of the 20th century, no road led to the village. It was not until 1908 that the construction of the road began and was not completed until the 1920s20. century. A quarry was opened on Tachovské Hill for the purpose of road construction. During the census in 1921, there were 42 houses and 209 inhabitants in Tachov, of which 3 were Czechs. In the years 1945 - 1946, there was a post-war expulsion of the German population and the allocation of land and real estate to Czech settlers. A local school was closed to a small number of pupils in 1963, and in 1976 Tachov was annexed to the town of Doksy. It became independent again in 1994, when the village has 74 inhabitants. There is a construction of water supply, sewerage, new houses and so the population is increasing to the current 185. The village is situated in a tourist attractive landscape near Macha Lake and its surroundings are ideal for hiking and biking trips. 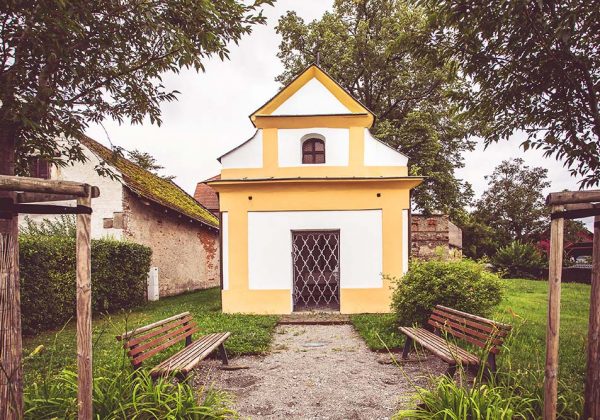 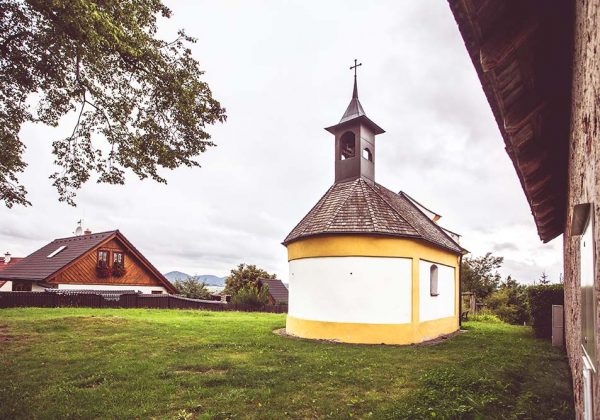 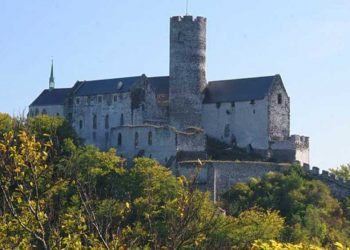 The Gothic castle Bezděz is a national cultural monument. It was founded by Přemysl Otakar II. in the years 1260 - 1278. 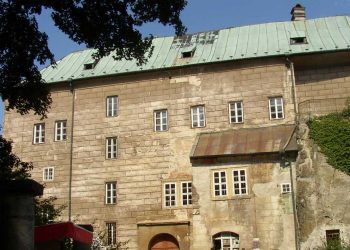 According to the latest findings from archaeological research, the castle was founded in the years 1270-1280 by Přemysl Otakar II. on a high rocky promontory.

The ruins of the castle on the dominant sandstone rock formation form an important landscape element. The castle was built in the second half of the 13th century, it was abandoned in the 16th century. 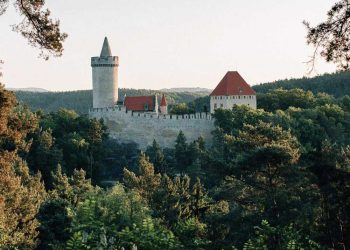 The castle was built in 1320 by Hynek Berka of Dubá, it was inhabited until the middle of the 16th century, then it was abandoned and turned into a ruin. In the 19th century. the ruins of the castle came to the attention of romantics. 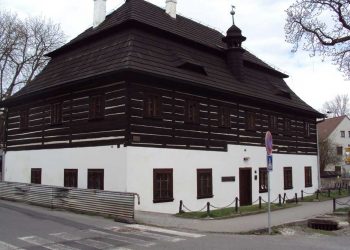 The oldest house in Doksy, the so-called Hospitálek, stands at the intersection of Komenského, Valdštejnská and Máchovy streets.
The Hospitálek building, originally a poorhouse and orphanage, now houses the Karel Hynek Mácha Museum.

The largest artificial water area (278 ha) of the Mácha region was established as the Great Pond by Emperor Charles IV. in 1367.

Discover the beauty of the region by bike

The village of Tachov is located at the crossroads of cycle routes that offer active experiences and many stops in the picturesque surroundings of the Macha region and the Kokořín region.

Let know about us